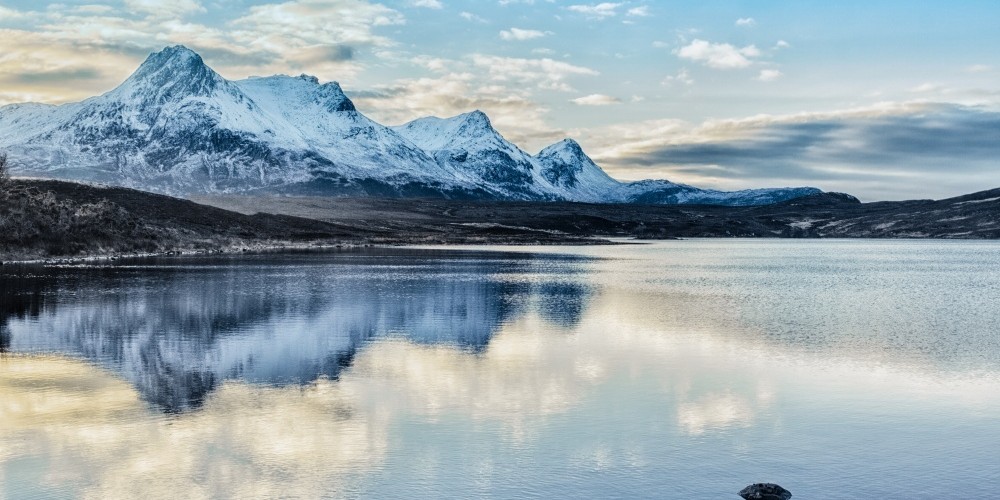 One of the good things about North Coast weather, from the standpoint of the optimist is that, whatever it may be like at any given moment, it is not likely to be that way for very long.  Thus, if it seems bad, it will soon improve.  Also, while we undoubtedly have a changeable climate, it is not nearly as fickle as the Atlantic weather of nearby areas, such as Shetland or Orkney, and is a good deal more predictable than the damper regime of the nearby West Coast.  January average temperatures are only marginally below those of London, six hundred miles to the south and, while our July/August averages may lag behind the nation’s capital by between five and six degrees, maximum summer temperatures in excess of 28°C have been recorded on several occasions. It has to be acknowledged that Altnaharra, twenty miles inland, shares the record for the lowest temperature ever recorded in Britain at minus 24.3°C but anyone who has been here in a cold snap will find that even Arctic temperatures have their advantages in bringing out the beauty of our physical landscape. Wind-speed, especially along the coast and on the high mountain ridges, is higher than general in the UK, hence the interest being shown in our area by wind-farming companies, but wind is rarely an impediment to work or pleasure outdoors.  We enjoy an average of 1,100 hours of sunshine annually, about sixty hours less than the Scottish average but, because of the long summer daylight conferred by our northern location, are able to experience some of the longest sunny days in the country. Days with lying snow have become fewer over the past half century, particularly near the coast but more inland, and higher, parts have not lost their snow-holding capability and, while really snowy winters are now rare, winters without some snow are almost unknown. However, this may not always be the case, as the trend of increasing temperature which was evident here from the early 70s through to the Millennium seems now to have halted or even been reversed.

The key thing to remember when visiting the North Coast of Sutherland is to be prepared for all sorts of weather all year round.  There’s no such thing as bad weather – just inappropriate clothing!